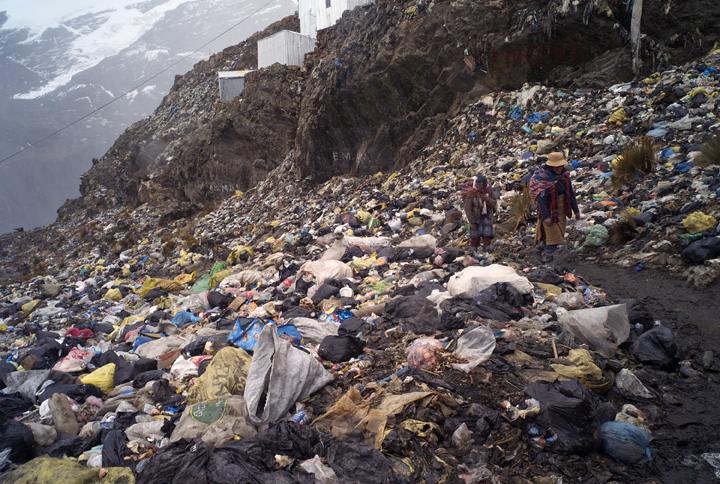 
Gold scavengers called Pallaqueras (a vocational identity) walk through a pathway of garbage as they leave the mountains; Pallaqueras are women who scour loads of waste rock (ore discarded by miners) for gold. This horrendous unsanitary environment is the result of unregulated disposal of garbage and human waste. The citizens of La Rinconada endure life in what has been called the dirtiest community at the highest altitude in the world: it has no running water, no sewage system and its grounds are contaminated by mercury used to separate rock from gold.