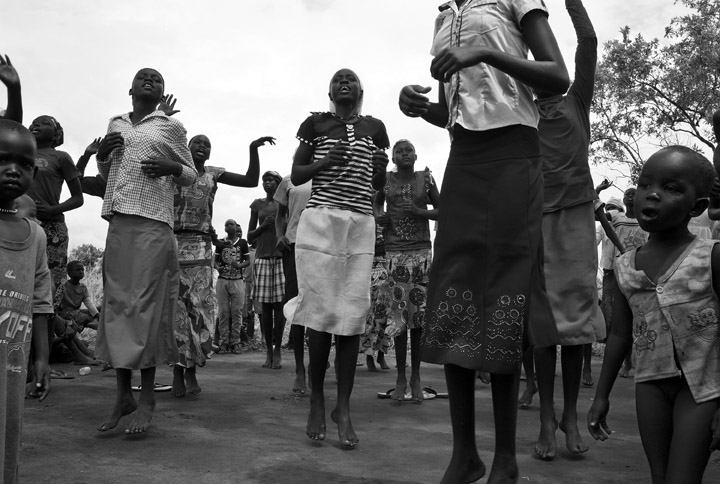 
Young South Sudanese refugees, who fled their country because of war, entertain themselves with a dance called "Daluka." Once a week they don their best clothing and gather for this social event; however, some of the children, such as the child on the right, have very few clothing items. In response to fighting which broke out in South Sudan in December 2013, thousands of South Sudanese refugees crossed the border at Nimule into northern Uganda. The fighting was between forces loyal to South Sudan president Salvar Kiir and his ex-vice president Rick Machar. The refugees have refused to return to South Sudan because of fear the fighting will resume.