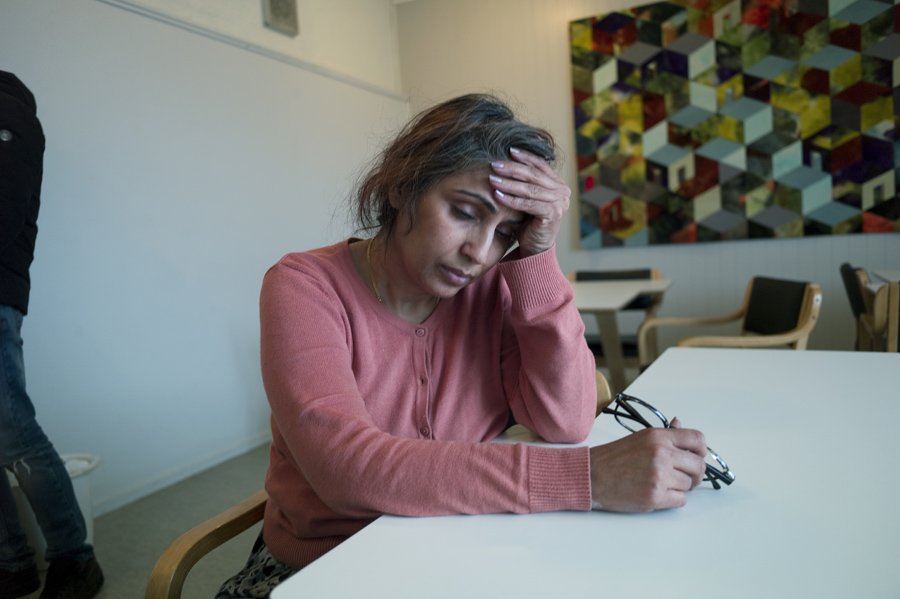 
Forty-eight hours after being arrested Najah (under the influence of valium) wearily shakes her head side-to-side in frustration inside the reception area. During the first five days of incarceration she used valium that was provided by a doctor at Trandum; the effects were evident as her speech was painfully slow and her facial appearance drowsy. After the shock of her arrest wore off she declined use of the drug, and with a clear head reflected upon the uncertainty that characterized 2-1/2 yrs. of life in Norway: "It has been a hopeful yet painful experience. A return to Iraq means embracing - against my will - an environment that's familiar, unwanted and dangerous." Najah was deported to Iraq.