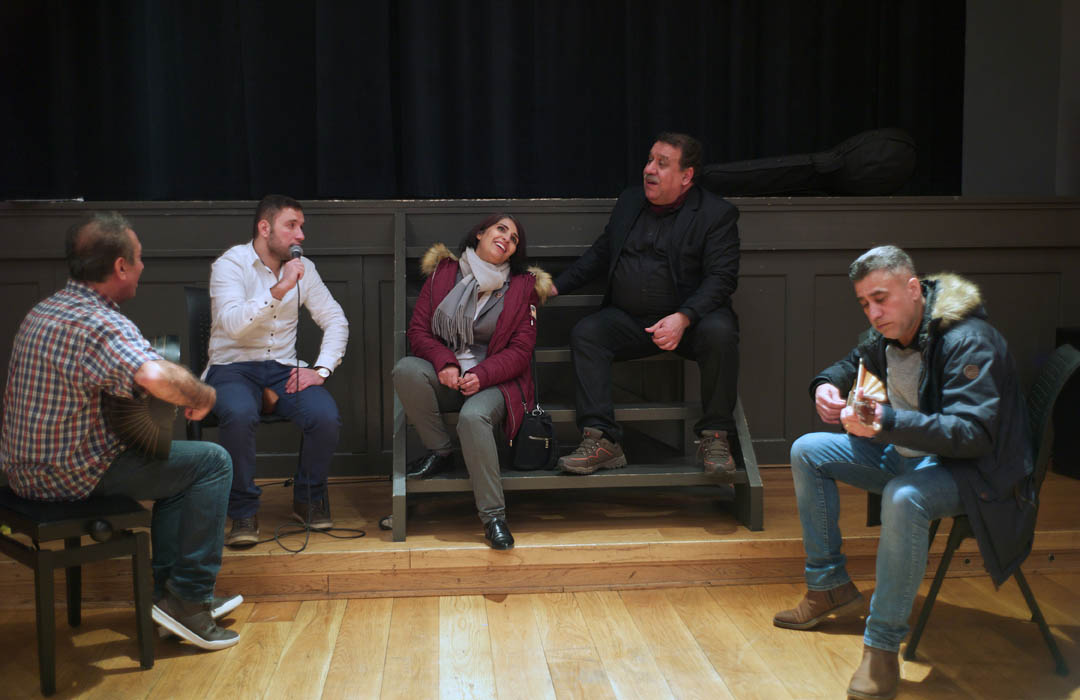 
Najah sings with friends from her theatrical group who are from Iraq, Kurdistan and Syria. The group was organized by an Iraqi actor with assistance from Syrians and Norwegians. "Despite the difficulty of living underground in Norway I feel free, human, not having to wear a hijab; I'm not against the hijab, but give me a choice. I don't like being told wear this or do that," stated Najah. Although she comes from a religious Muslim family she is not religous. Since her second rejection for asylum she has been forced into an underground existence in which she interacts almost entirely with people from Arabic countries - people who provide a sense of community as well as a place to stay.