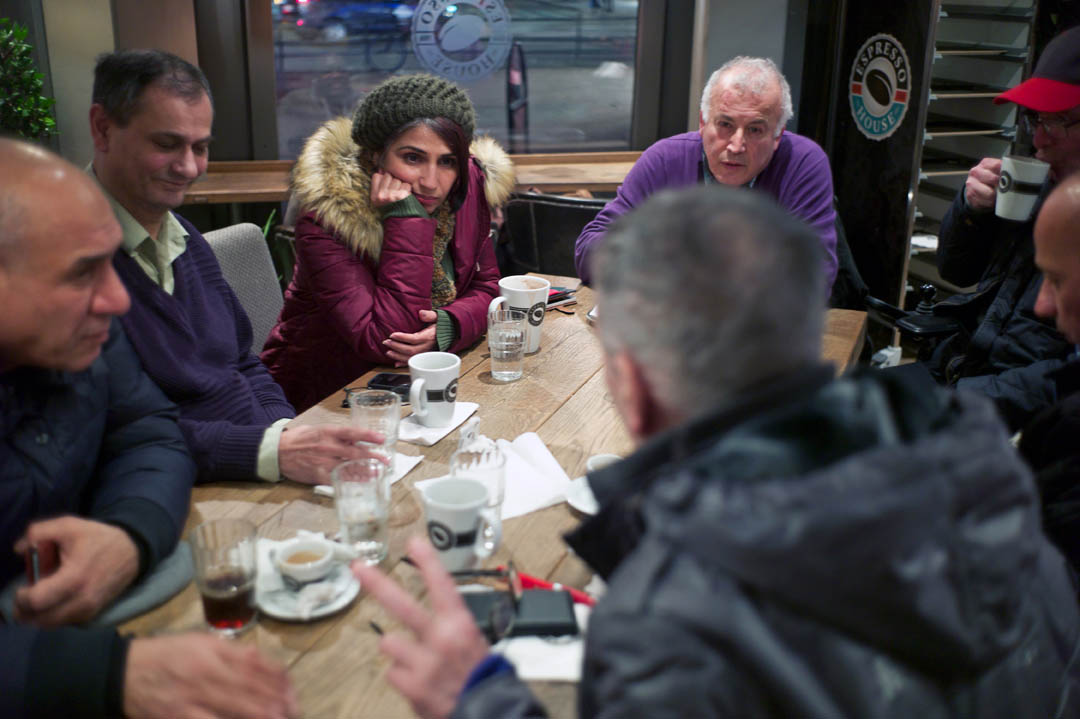 
Najah listens as an elderly Iraqi man (as she described him), with Norwegian citizenship, offers a solution to her status as a paperless person: "Marry me". He has a pacemaker and needs a caretaker. At this hastily arranged meeting in a cafe he assures her, in front of five of his Arabic friends, that theirs would be a friends only relationship based on her having a permanent place to live and being his caretaker - no touching, intimacy or sex. She refused because as a rejected asylum seeker she's not eligible to marry in Norway.