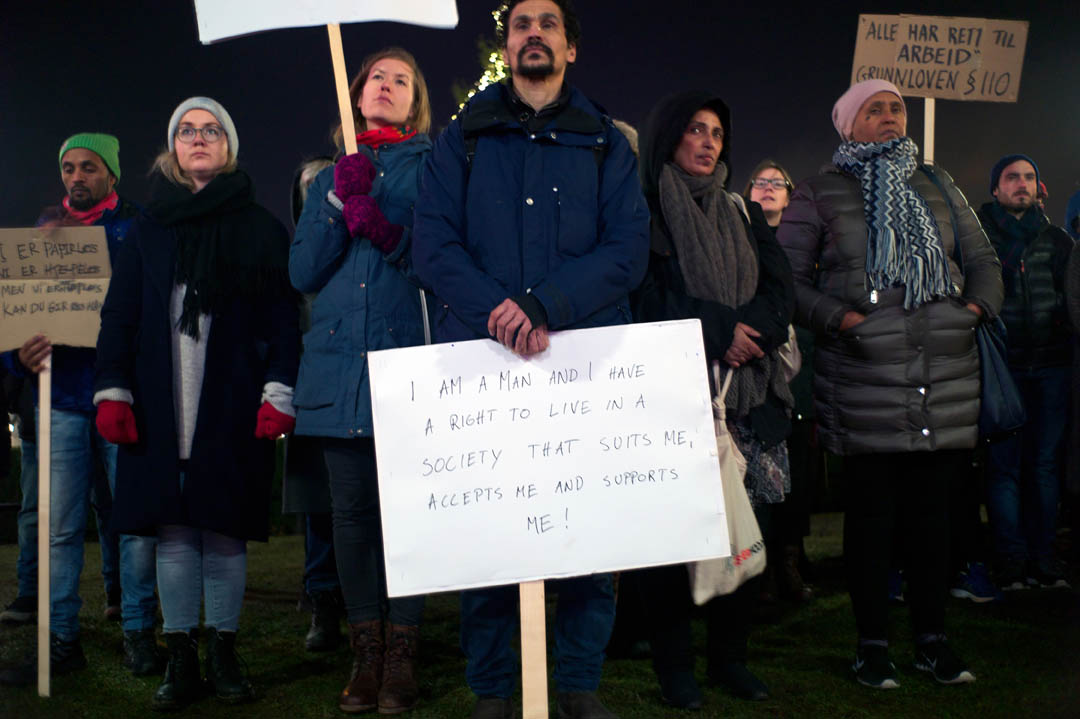 
Haudar Hammodi, 45, center, a twice rejected asylum seeker from Iraq, and other protesters gather outside the parliament to demand the Norwegian government address the needs of refugees who live paperless. Haudar has lived paperless in Norway since 2008. Officially it's not known how many rejected asylum seekers live in Norway. A representative with People in Limbo, a Norwegian NGO that works on behalf of rejected asylum seekers, indicated that their numbers were estimated to be in the thousands and difficult to determine because of their underground lifestyle.