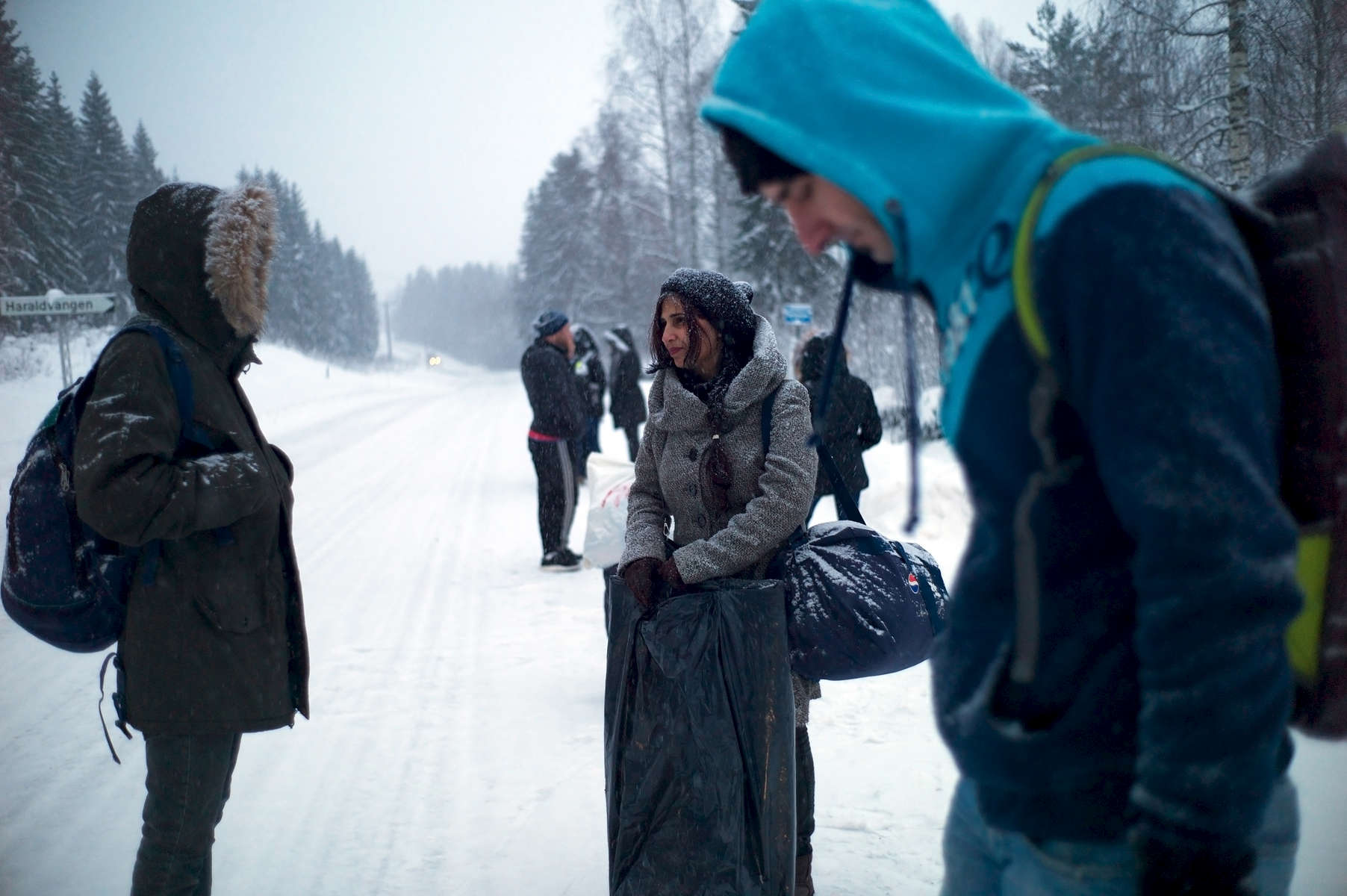 
Najah waits at a bus stop, near the Hurdal Refugee Camp, along with two asylum seeker friends from Afghanistan - both have been twice rejected. The three arrived and met at a Norwegian refugee camp in October 2015. The younger of the Afghans (left) is 18-years old. He's planning to "escape" Norway and seek asylum elsewhere. Najah has contemplated leaving but says it's not feasible. "I don't want to be so vulnerable again. I'm scared. It's difficult for me to trust anyone," she said referring to the ordeal she endured traveling to Norway. Her options for leaving are bad because Norway seized her passport. It did so to prevent her from "asylum shopping" (being rejected one place and going to another).