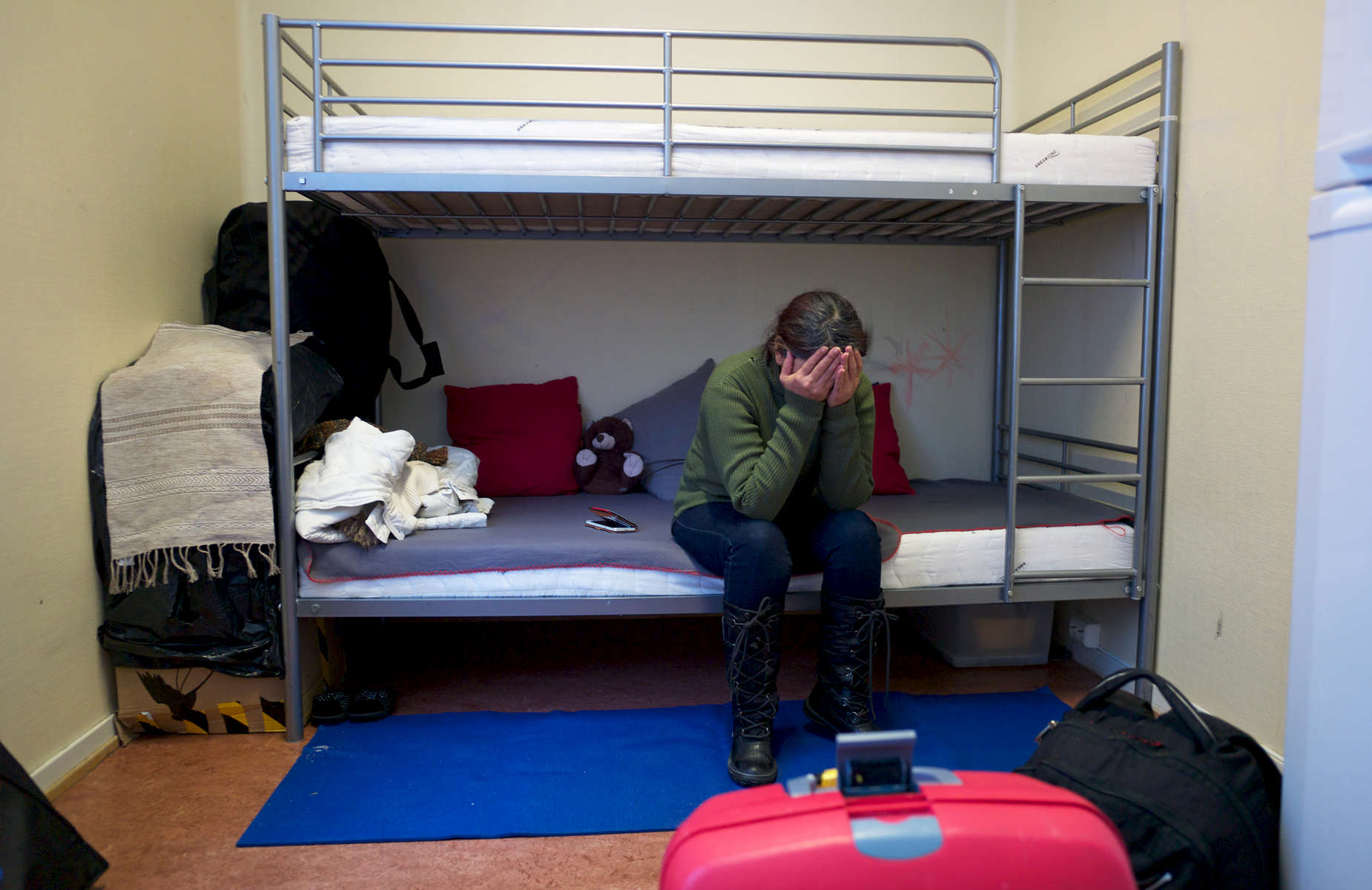 
Najah breaks down in tears after settling into her room at Dikemark. "This is the fourth refugee camp I've been moved to since I arrived (October 2015) in Norway; I want to be treated like a human being; it's unfair," stated Najah. Like many other twice rejected asylum seekers, she will not stay at the camp. To do so invites arrest from the police who often go to camps to remove - for deportation - twice rejected asylum seekers. She has a roommate (they haven't met) who'd already checked into this room but who also sleeps elsewhere. To her dismay, Najah was told that as a newcomer to the camp she must stay for a couple of days to establish her presence.