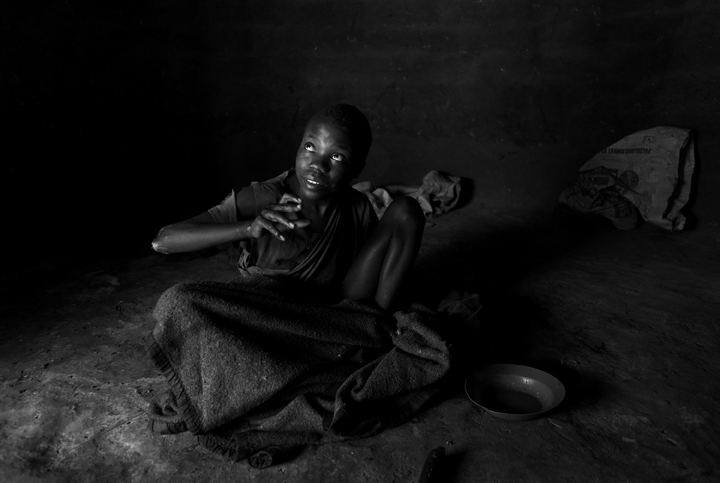 
September 15, 2014 - Lubiri Village - Nodding Syndrome (NS)) victim Lakony Walter, 17, started getting sick with the illness when he was three years old; he lost the ability to speak at seven and has not been able to walk for four years - he stays in his living quarters 24-hours a day, seven days a week. Lakony has not taken any medication in four months because his family lost his record book (a history of his case) in a house fire; his mother has been told by a health official to get him back on medication. He's one of four children and the only one with the illness. NS causes him to have epileptic seizures, which when he falls causes him to bang his body repeatedly on the ground; the wounds on his elbow are the result of such banging.