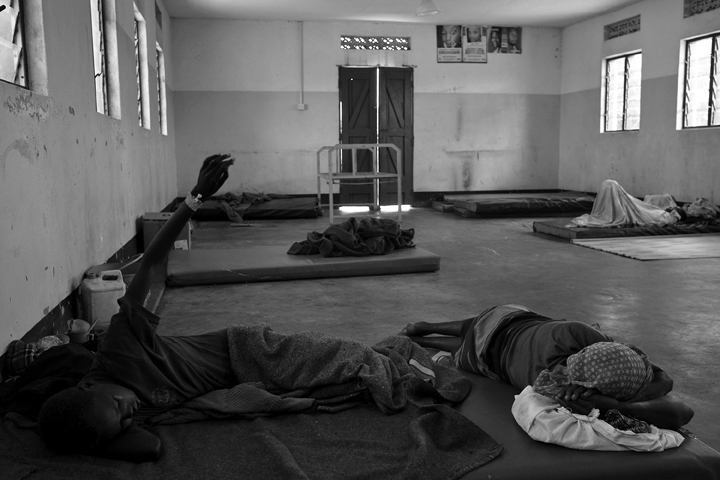 
October 3, 2014 - Lubiri Village - Michael Opiro, 14, rests at the Atanga Health Centre III, with his mother Angee Alicantorina, 50, at his side. Michael has been ill with Nodding Syndrome (NS) since 2006. He was hospitalized at the health centre because he was suffering from malnutrition and seizures; he was getting poor care at home and not receiving his drugs. He will remain in this hospital ward until his general health improves. Ms. Alicantorina has nine children - only Michael has NS. NS is a mysterious and devastating neurologic condition which stunts growth, causes its victims to nod (repeatedly dropping their heads forward), have epileptic seizures, and causes cognitive deterioration. In severe cases it can result in death.