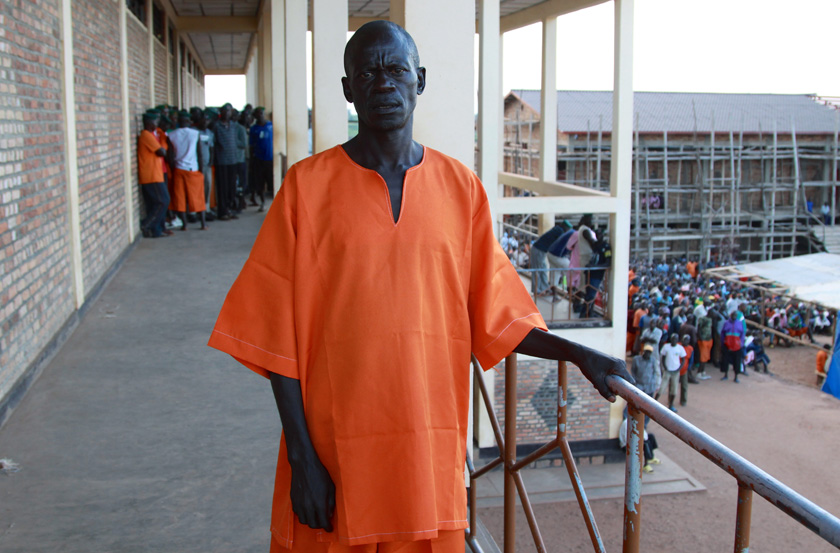 
May 18, 2016 - Rwamagana Prison - Anaclet Gatimbo, 54, discussed the crimes he committed during the 1994 genocide: "On April 12, 1994, we were with soldiers who had guns. When we reached the church they started shooting. We started with Father Bosco Munyaneza and then we started to take people out one by one and killed them at the coffee plantation; we left their bodies there. On that day we killed more than four hundred people." He would eventually confess to killing many more using a spear. Anaclet is serving a life sentence.