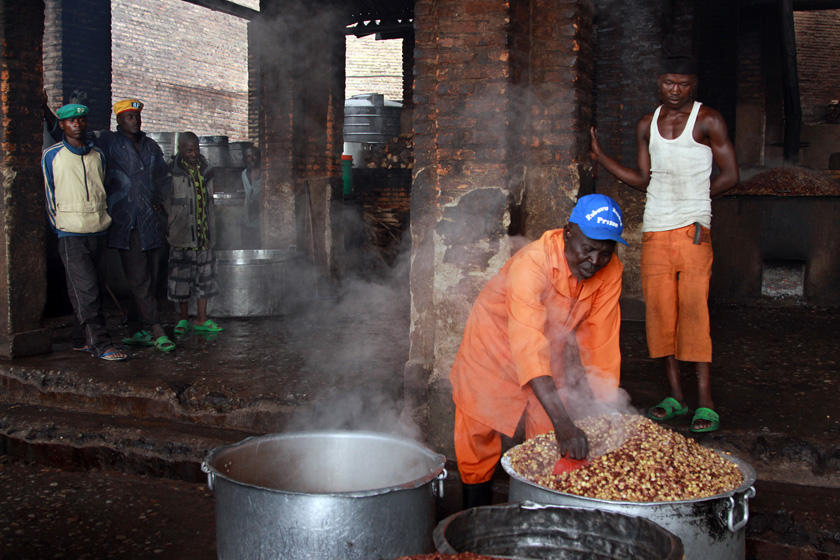 
May 20, 2016 - Rubavu Prison - Gaetan Ndererimana, 58, works in the prison's kitchen. "In 1994 when the president's plane was shot down I was on leave at my home in Kayove district. I met a Tutsi who I didn't know but I'd been taught how to identify them without looking at their documents. I hit that Tutsi with my ax and he fell into Lake Kivu, but he didn't die; he started to swim. So I sent some of my boys after him and they finished him off. That was the first Tutsi we killed." Gaetan confessed to the murders of many people, one of whom was Father Joseph Sekabaraga, the parish priest of Biruyi. "This is where I used to go for prayers and Father Joseph was the one who administered my religious wedding ceremony. It's now my 20th year in prison and I was sentenced to 24-years. I think that the punishment I've been given is very minor compared to the evil that I did. Even the death sentence wouldn't be suitable for me considering what I did. I'll beg for forgiveness from every Rwandan. Even after being released from prison during my remaining days on this earth, I'll be doing only peaceful activities. I can't do anything else because I betrayed Rwanda. Please, you also, forgive me."