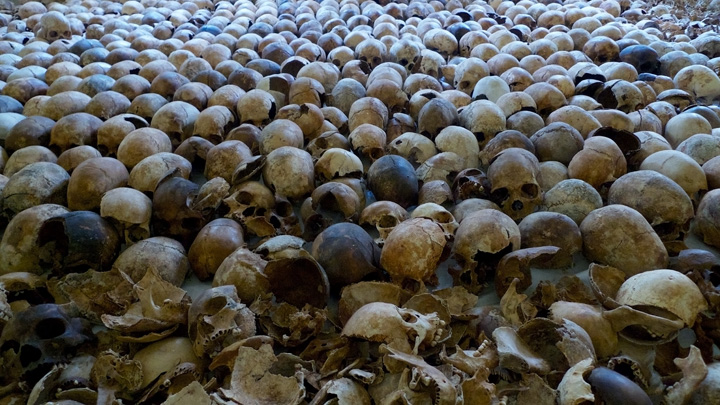 
February 9, 2016 - During April 1994, Tutsis from several communities gathered at the Nyarubuye Church seeking refuge but instead met their deaths, at the hands of Hutu attackers armed with machetes, traditional/crafted weapons, guns and genades. This the Nyarubuye Genocide Memorial site is home to the remains of more than 50,000 victims of the 1994 genocide.