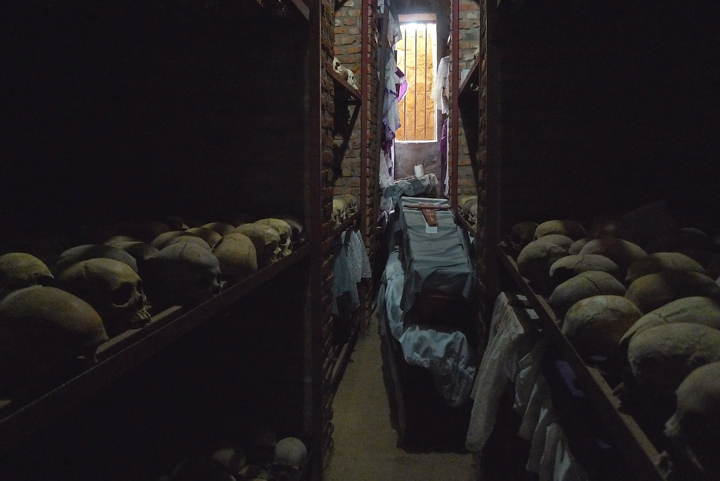 
February 3, 2016 – The remains of Marie Nyirabuku (1955-1994), and other genocide victims, rests at the Nyamata Genocide Memorial. The memorial is at the site of Nyamata Parish Catholic Church, where according to site manager, Rachel Murekatete, 45,354 genocide victims are buried. “10,080 Tutsi died inside and outside the grounds of the church on April 13th and 14th, 1994,” said Ms. Murekatete. Nyamata is in the eastern province approximately 30 kilometres south of the capital city Kigali.