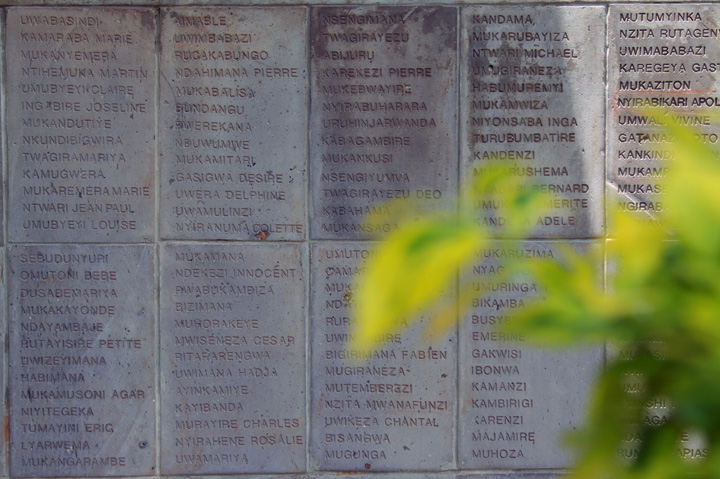 
March 13, 2016 - Although 5,000 victims are said to be buried here at the Ntarama Genocide Memorial mass grave the memorial wall only lists 260 names. The memorial site manager stated this is due to the challenges of identification: Many families were killed leaving no one to identify remains. Also, many Tutsis seeking safety came to the Ntarama site from the surrounding area, and because they didn't live in Ntarama they were unknown.