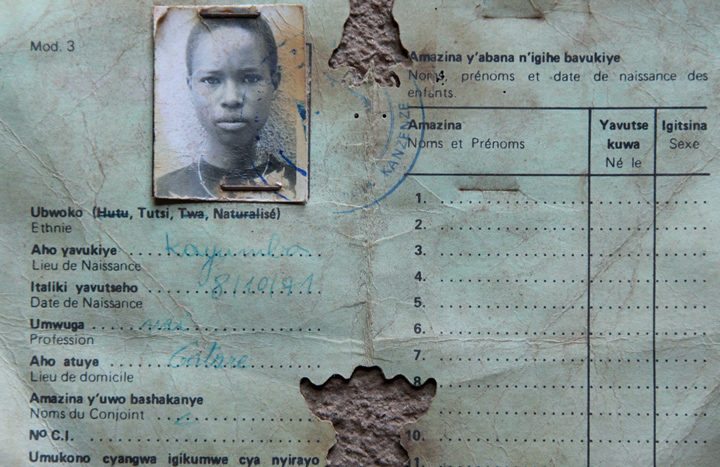 
March 13, 2016 - The damaged national identity card of a young woman, whose family name was Uwimana, lays in a storage container on the grounds of the Ntarama Church, which is now the Ntarama Genocide Memorial. According to the memorial site manager, Uwimana was killed on these grounds along with 5,000 other Tutsis on April 15, 1994. During that time national identity cards were marked to label the ethnicity of the bearer; after the genocide such ethnic identification was banned by the government.