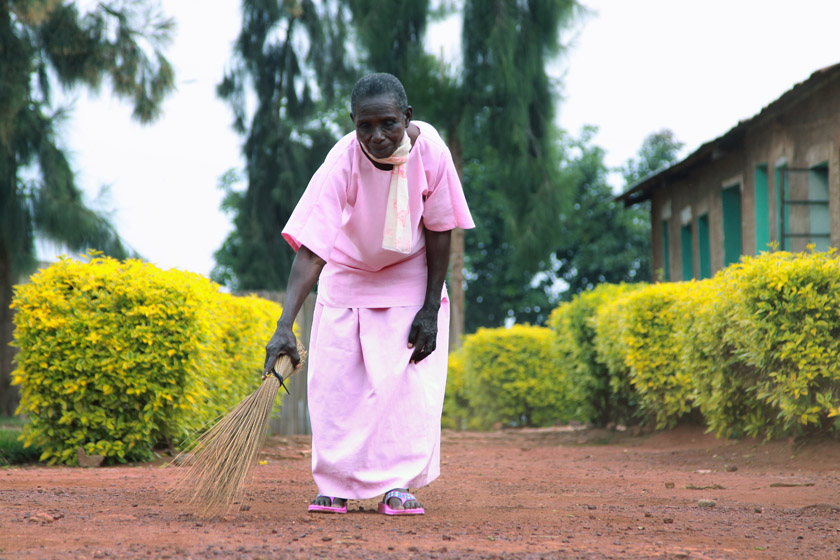 
May 18, 2016 - Ngoma Women's Prison - Dorothea Mukantagara, 83, sweeping the grounds of the prison. "During the genocide I personally killed two people. The first person I killed was Kabebe, who had been thrown into a pit with his relatives. They were all dead but Kabebe was still alive when I saw him trying to get out of the pit; I stoned him to finish him off - he was 3-years old. He was the child of Peter and Mary Nyirahabimana, my neighbors. The second person I killed was Isaie Sebujindiri, also my neighbor. When he passed by me one day I called for people who came and killed him. I've been sentenced to 25-years imprisonment."