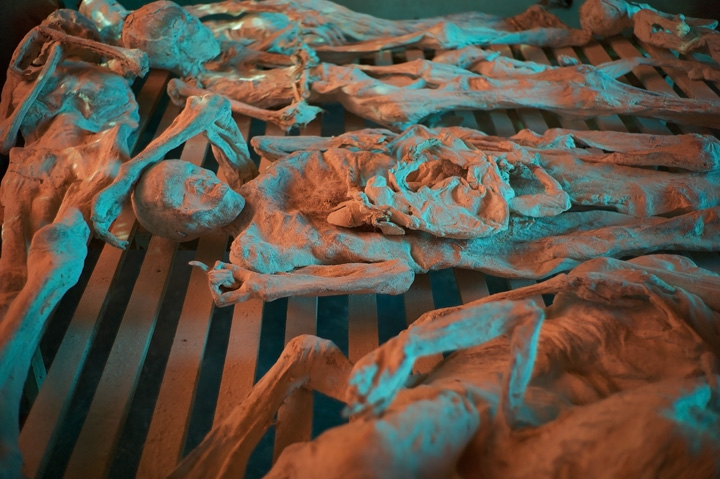 
February 5, 2016 - In 1995, the remains of more than 18,000 men, women and children were exhumed from mass graves at the Murambi Technical School, now known as the Murambi Genocide Memorial Centre in southern Rwanda. Although many bodies decomposed completely, the intense heat formed in the pits allowed some of the skeletal remains to be preserved. Most of the corpses were reburied in common graves at the memorial centre. However, nearly one thousand corpses were further preserved in lime and placed in the school buildings where the people were killed. The corpse in the middle is a woman with her baby.