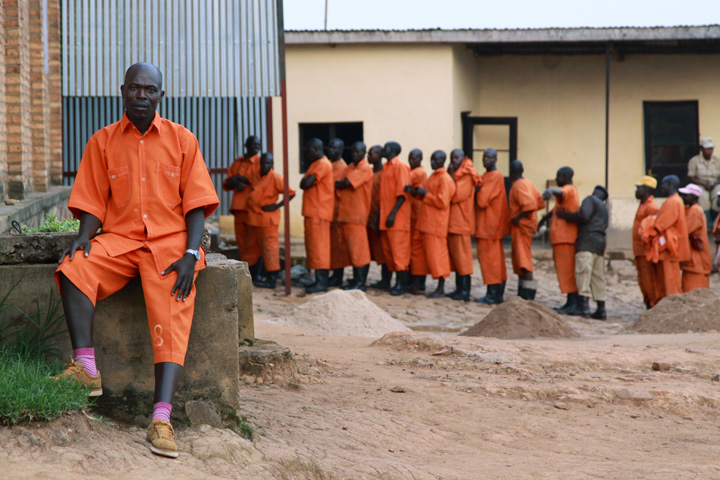 
May 19, 2016 - Gicumbi Prison - Joseph Nzirorera, 45, discussed the atrocities he committed during the 1994 genocide: "The morning after Habyarimana's (the then-president) plane was shot down we started killing Tutsis. We started in Ngoma. When we got there we killed three people. Also, we killed four people by burning them inside their home - it was not far from our own homes. We set up a roadblock in Mbogo district and there we killed many people. I personally killed four people. They were our neighbors." Joseph also participated - with three others - in the rape of a woman who was eventually killed. He fled to the Congo but returned to Rwanda in 1996. One week after his return he was arrested and sentenced to life imprisonment.