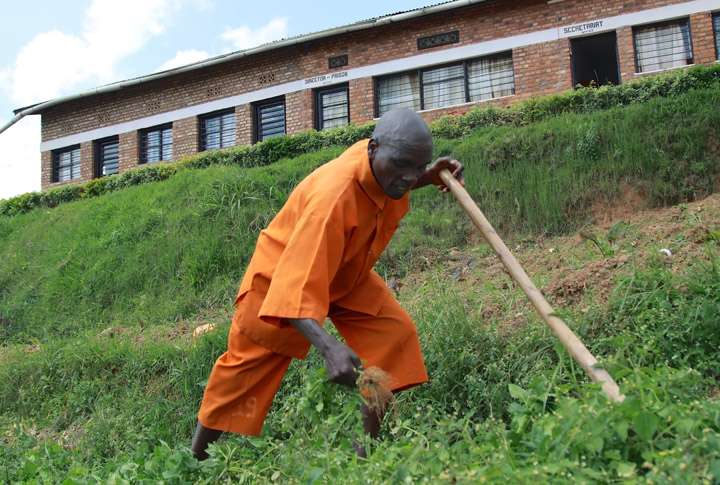 
May 19, 2016 - Gicumbi Prison - Emmanuel Musabyimana, 49, works at the prison as a gardener. "In 1994 I took part in attacks to kill Tutsis. I felt like I was taking revenge for our father Habyarimana (the then-president); it was said that he had been assassinated by Tutsis. Sometimes I used a machete, other times a small hoe and one time a mallet. I even used a spear." After 1994 Emmanuel fled to the Congo. "In 1996 during the repatriation process I came back to Rwanda. When I got home I kept quiet and even those with whom I committed the crimes didn't disclose anything about me until 2007. Then I was summoned to the Gacaca courts. I immediately confessed and asked for forgiveness. I was sentenced to 17-years of imprisonment."