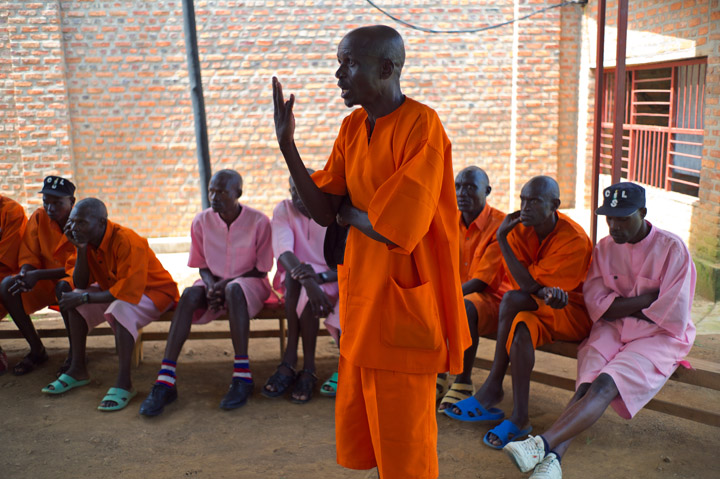 
May 5, 2016 - Bugesera Prison - Emmanuel Cyimana, 58, was convicted of genocide in 1994. Here he's complaining to a prison official about the time he's serving; his sentencing records state that he must serve 24-years but prison officials say he's in for life. He discussed some of his crimes: "I was urged to kill Tutsis and I did. I used traditional weapons. I shouted at those who tried to hide so that they could be discovered and killed. I did not have pity for anybody. I am sentenced to 24-years of imprisonment. I have been imprisoned since 1995. In the course of hunting Tutsis he described how a Hutu captured a man and cut him. "I then cut him on his leg. My fellow killer said, 'do it seriously. Let me show you.' He cut off his head. On the third day of killing we found Antoinette Nyiramatama hiding. Dani Munyarugero cut her up immediately and Kamanazi removed the baby from her back and killed it. I was there with them. This is what I did."