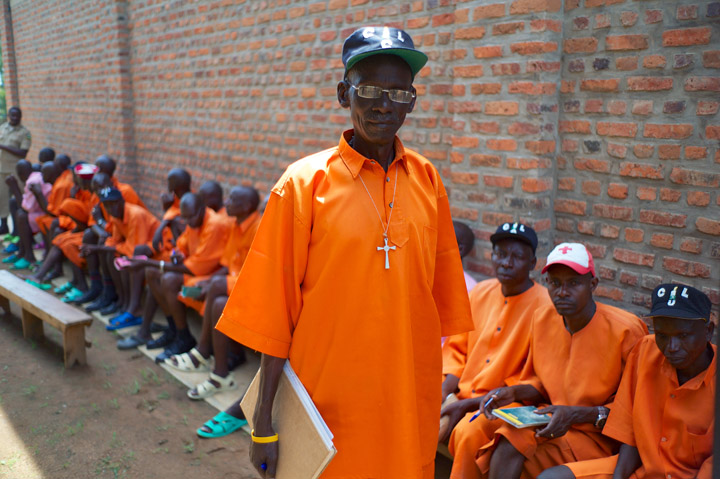 
May 5, 2016 - Bugesera Prison - Sylvester Gasharankwazi, 67, joins a group of inmates, all convicted of genocide, waiting to discuss the atrocities they committed during the 1994 genocide. "I'm Tutsi. In order to go to school my father changed his identity card to Hutu. I committed genocide to prevent myself from being killed. I realized at that time that if I had refused to join them in killing I would have died." He described his first killing: "A soldier stepped on a person who had laid down and covered himself with bushes. He told me to throw a spear into the bushes. I threw the spear but I missed. He then said 'look for another weapon and use it.' That day we killed many people." Inside a church, "I told whoever did not have an identity card or who was Tutsi to get out. I immediately shot the first woman who I identified as a Tutsi. A second woman carried a baby on her back and I told her to remove the baby and then I shot her too. I found another woman and shot her. Later I joined another group of killers and I found a child who had hidden himself in banana leaves - I shot him. I was imprisoned in December of 1994; I'm serving 30-years."