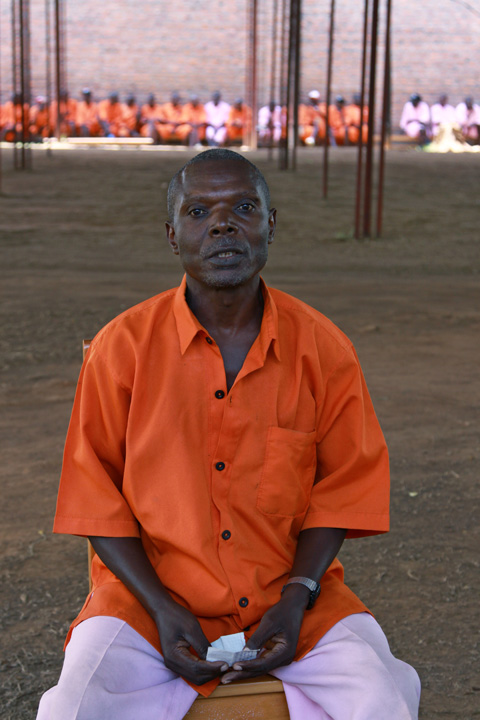 
May 5, 2016 - Bugesera Prison - Laurent Twagirayezu, 58, holds a piece of paper containing the names of ten people he killed during the 1994 genocide, which he keeps in his pocket. "I knew the difference between a Hutu and a Tutsi since I was in primary grade one. In the class they used to ask us about it. We didn't know the purpose. During the genocide, I and some others killed John Nyambwana. On the next day we attacked Deny and his son Augustin; we attacked their residence. Sometimes you didn't have a chance of killing the prey because so many people were trying to kill them at the same time." We killed Emmanuel Gasiribanyi and Suzane and afterwards we were informed that Ruganintwari had hidden at his brother-in-law's house. I went into the house and took him out - even though he was my friend - and we killed him. We found the old woman Colette hiding and killed her. The next day we hunted more Tutsi and found Nkeshimana hiding in the home of the school inspector and killed him. I've been in prison since 1995 serving a life sentence. I have four children and nobody comes to visit me - never."