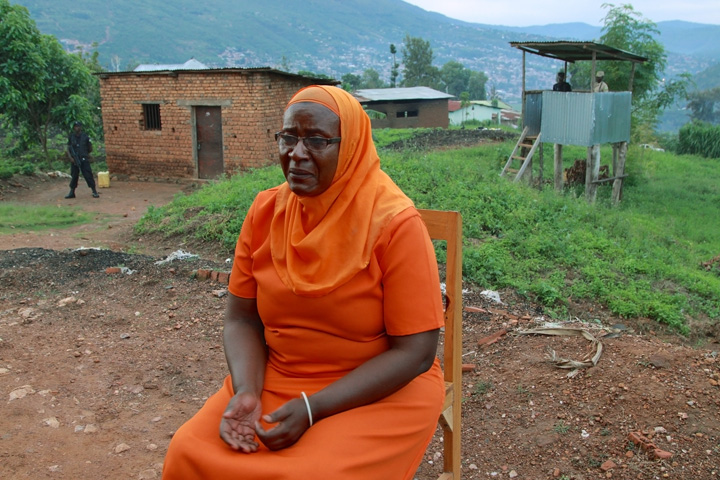 
May 5, 2016 - Nyarugenge Prison - Mwaminii Nyirandegeya, 56, gets emotional while describing the atrocities she committed in 1994: "I am here in prison and I will live here for the rest of my life because I was involved in the genocide. We had to check the identity cards of people in order to sort Hutu from Tutsi. I went to various places. The time came when I felt like I was no longer human. I was drunk everyday and I smoked. I joined many groups of killers. My four neighbors were killed while I watched." She described how she participated in the genocide: "I found people hiding - this was how I exterminated all of those people. All of them were my neighbors. I exterminated all of the Tutsi in my village - people who had fed my children. I lived in that village for a long time. All were killed because of me; it looked like I'd become a hunting dog. I spent everyday with those killers. One day I went to look for my half-brother's child who was hiding. When they were going to kill my half-brother he said that he and I were not related; he denied our relation. I had become a beast."