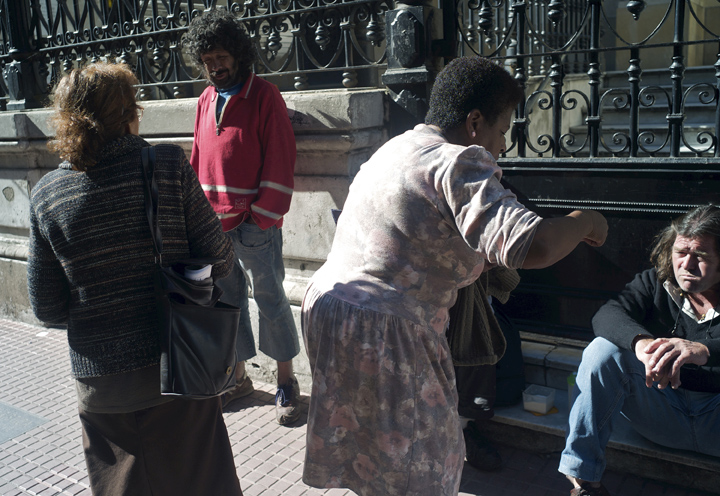 
Martha Rey, second from right, an Afro-Argentine, along with Miguelina Monzon, distributes religious literature to homeless men waiting for a meal outside a church. "Contrary to common belief all blacks living in Argentina are not foreigners," said Ms. Rey in response to the opinion that blacks in Argentina were not citizens.